Here's another look at our week-long trip to Sweden's capital city, Stockholm!

On the Saturday, I was feeling a little under the weather, so we took our time getting ready and set out for the day.

Since we were staying with family friends a little outside the center of Stockholm, we were able to explore around the area a little bit.  One of the notable things was a hill made up of construction waste/extra and unneeded material.  They even made it into a very small ski hill.  There was obviously no snow there yet, it being September and all, so we just climbed up it and enjoyed the nice view of Stockholm from the top. 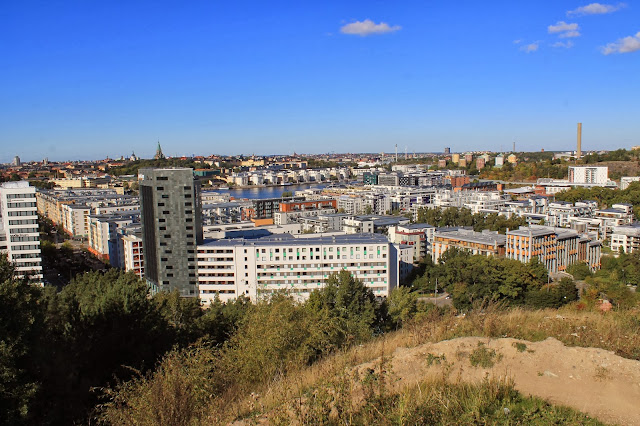 Then we walked back down the hill on the other side and ended up in a very nice residential area surrounded by water.  It was a beautiful day, sunny and warm. 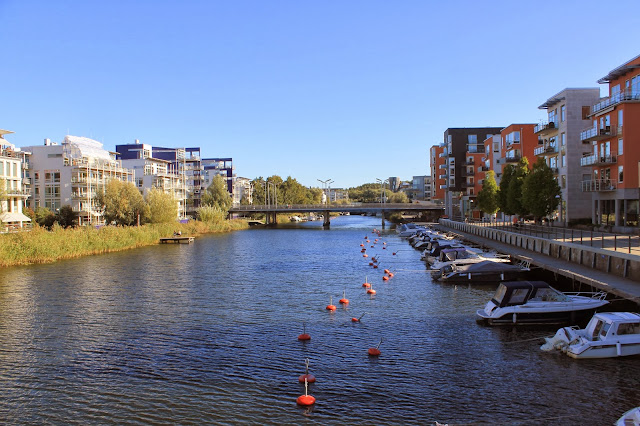 We then took a small ferry boat to cross the water into Södermalm. This neighbourhood is quite trendy with many good restaurants and eclectic shops.  There is also a church and a park to visit while there.

We stopped to have a snack/lunch at a cute little cafe. 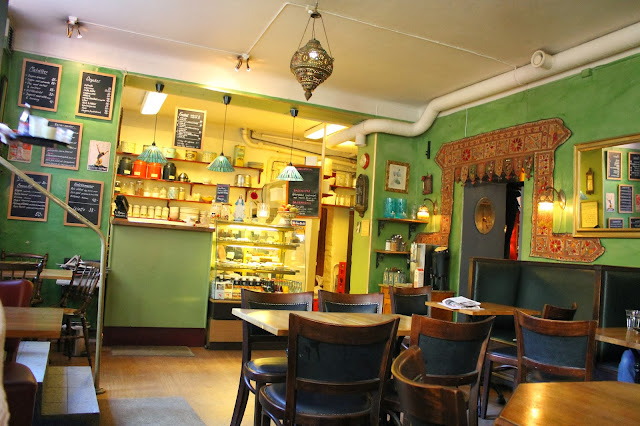 Afterwards, we walked a bit more and took the elevator up to have a gorgeous view of the center of Stockholm. 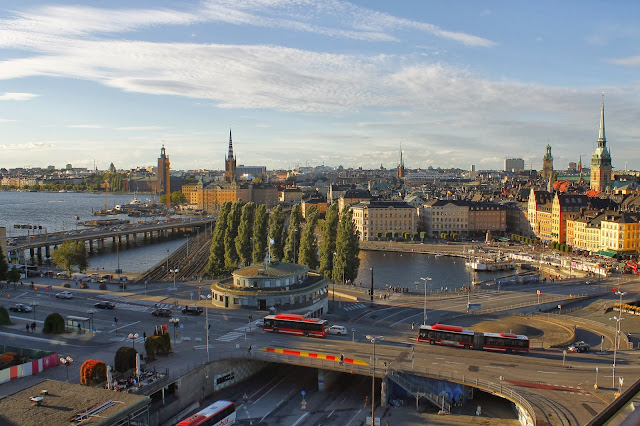 For lunch we made it to Herman's café, a wonderful vegetarian buffet restaurant with an amazing view of Stockholm. The food was so delicious! I would recommend anyone visiting Stockholm to have a meal at Herman's.

After lunch we took another ferry boat to Djurgarden, one of the many islands that make up the vast city of Stockholm.  On this island there are several museums, such as the Vasa museum, the Abba musuem, the maritime museum, Skansen open-air museum and an amusement park.

When in Stockholm it is very important to make time to visit the Vasa museum.  333 years ago, a Swedish war ship sank on its maiden voyage, in the middle of the harbour in Stockholm.  In the 1970s the ship was finally removed from the harbour and placed in a museum which can now be visited by tourists. 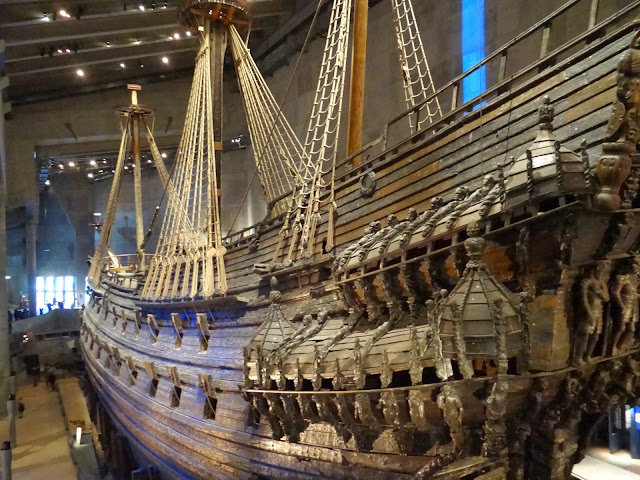 The museum was quite impressive and the ship itself is amazingly preserved.

After the museum we decided to have a little fun at the amusement park.  There are no pictures from there because we were too busy having a blast on all the roller coasters.

On our last day in Stockholm we had to walk around the old town, Gamla Stan.  We spent most of the morning and afternoon walking around, shopping for fun little souvenirs and taking lots of pictures. 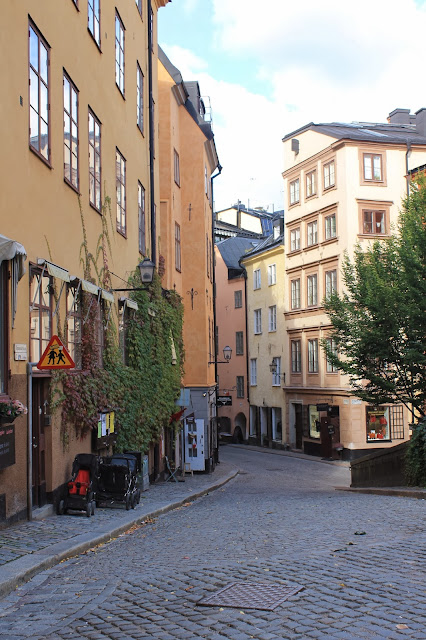 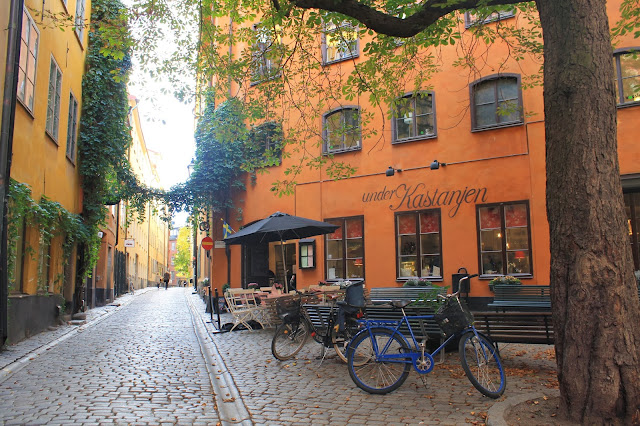 Around 2pm we decided it was time to have a little bite to eat.  We made our way to a very popular Swedish cafe to have fika, which is a Swedish tradition of having a snack in the middle of the afternoon.  I found that custom quite pleasant ;).  The cafe was called Sturekatten.  We ate a platter of Swedish savory snack foods and a princess cake for dessert, a traditional Swedish dessert.  Sadly I have no pictures because we were too hungry to bother taking out our cameras.  It was all very delicious though, you can trust me on that.

That evening we had a lovely supper with our hosts at a traditional Swedish restaurant in Södermalm.  On the menu there were the ever popular Swedish meatballs, which I didn't order or course.  I chose a fish, which was served with potatoes.  Everything was lovely.

On the Tuesday we had to make it back to France.  So we packed our suitcases, took the bus back to the airport and boarded our flight home.


Overall it was a wonderful trip, filled with delicious food, amazing sights, and even more wonderful people.  Thank you to Maria for being the best of hosts !!
Posted by Unknown at 3:14 AM