Last month we spent a weekend in England.  I had a friend to visit there so it was a perfect excuse to take a weekend trip and visit the country's capital.

Here are a few things we did, saw and ate while in London.

Our first day in England actually started very early in the morning.  We took a Ryanair flight from Marseille to London Stansted, which meant we had to take an hour and a half long bus ride to London from the airport.  We landed at 11pm and after a longish wait at border patrol we made it out of the airport with our luggage and unto the National Express en route for London.  The ride itself took close to 2 hours and we were quite tired when we eventually made it to our hotel room.
After sleeping in til about 10am we set out for our first day in the English capital. Our first stop was the London Eye, because I wanted to indulge in the wonderful view of the city and get the long wait in queue over with.  The wait was about 45 minutes and it was worth it.  It was a beautiful sunny day so the view was amazing! 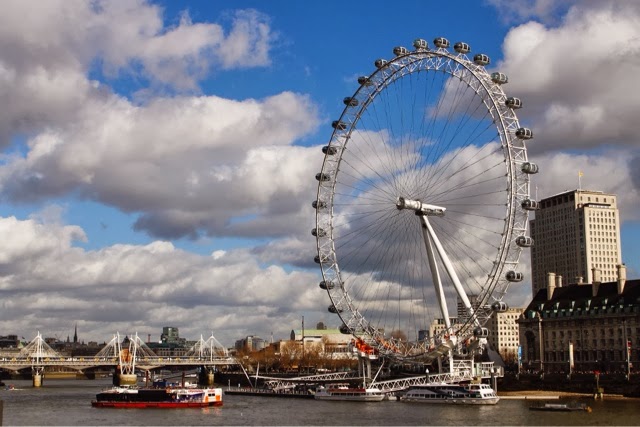 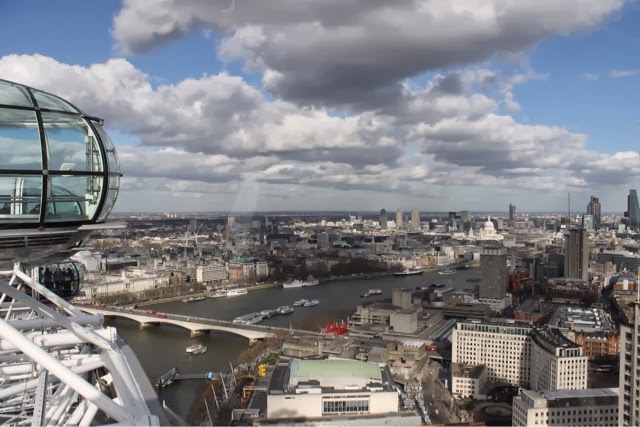 After having seen the city from up above, we made our way over to Westminster Abbey and paid the extremely high entrance fee of 18 pounds.  I would say it is worth it to do once and take in the grandeur and history of the place.  My favorite part was the poet's corner where many famous poets and authors have been buried or memorialized there. They include Jane Austen, Lewis Carroll, Shakespeare, Robert Burns, the Brontes and many more.
We also took a few snaps of Big Ben while in the area of course. 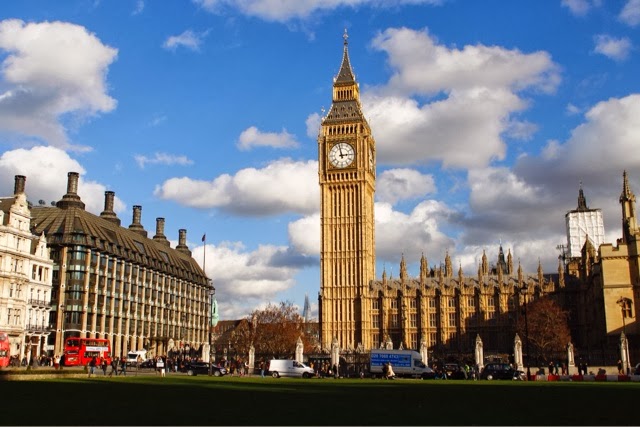 Then we strolled through St. James's Park and saw all the ducks, swans, geese, and pelicans that live there. Being an absolute lover of all animals, this was of course really fun for me! 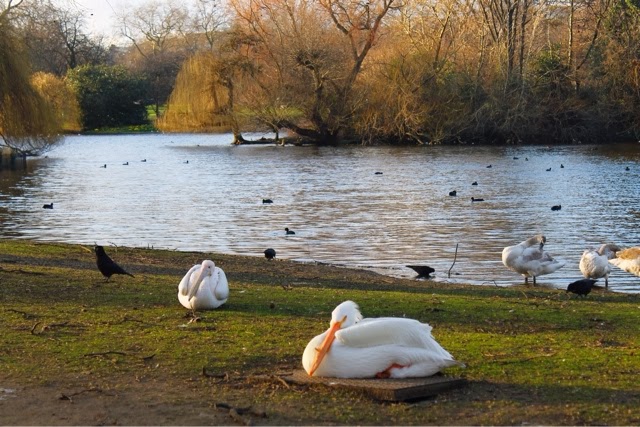 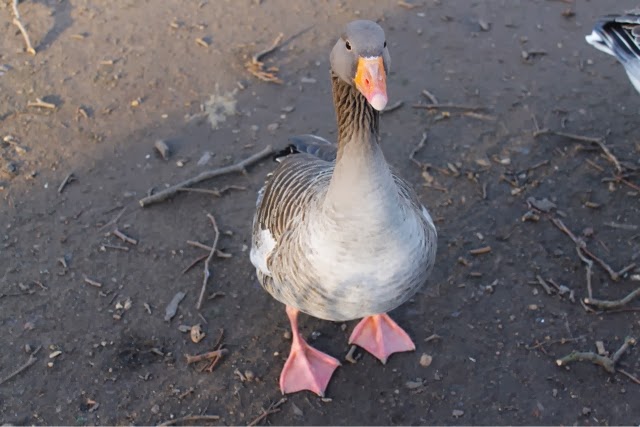 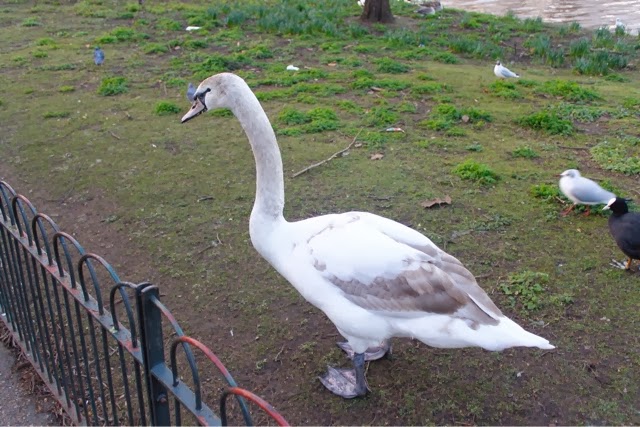 After a ten minute walk with all these great winged creatures, there stood the place everyone wants to see when they visit London, Buckingham Palace. 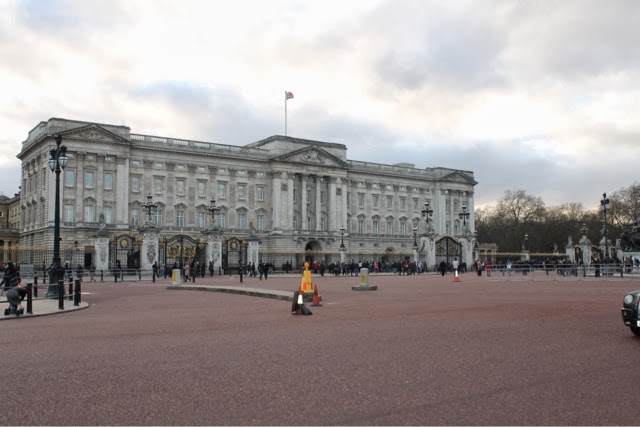 It was then time to grab something to eat. It wasn't quite supper time but we were famished.  That's the thing about traveling, you never end up eating at normal hours. We found a quaint coffee shop in Shepherd's market and had some tea and paninis. I chose a tune melt, which was either really good becaue I was just that darn hungry or it really was the best tuna melt ever. 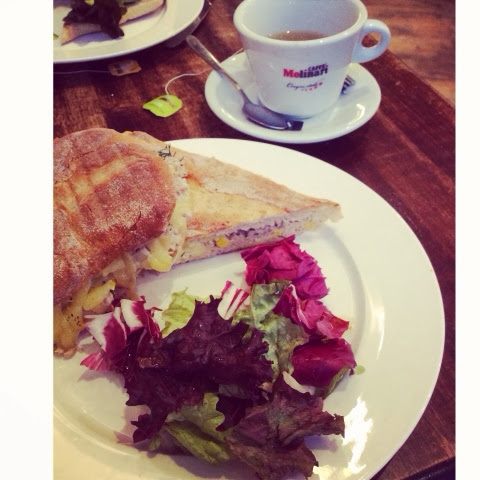 That evening we went back to the hotel, relaxed for a bit and then went out to a nearby pub for a quick supper before going to bed.
Day 2: Meeting up with Kelly, Hyde Park, Camden Market, Afternoon Tea, Shopping
The main reason we went to London that weekend was to visit with my friend Kelly, who had been living on the outskirts of London for the past couple months.
Our hotel was located right next to Hyde Park, so that is where our day began. We strolled through the parkon another beautifully sunny day in the city where it "always rains".
We saw but did not visit Kensington Palace (Princess Diana's home). We passed by Prince Albert's memorial and admired Princess Diana's memorial fountain. 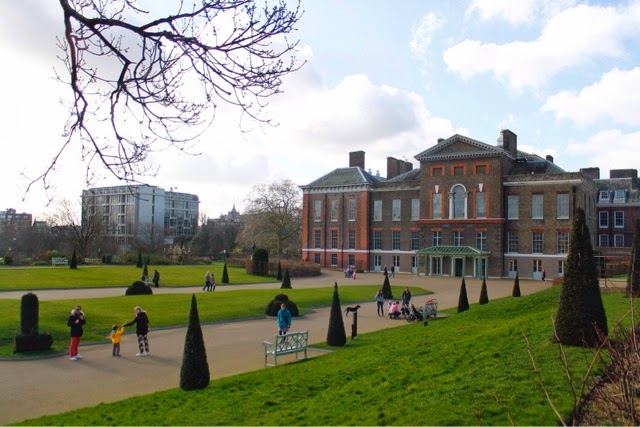 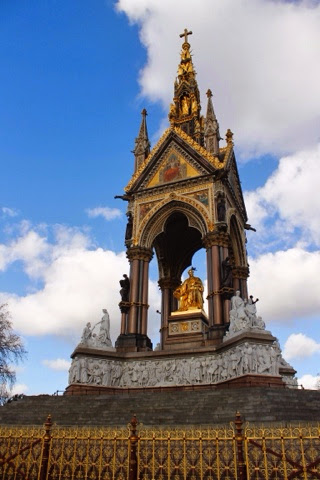 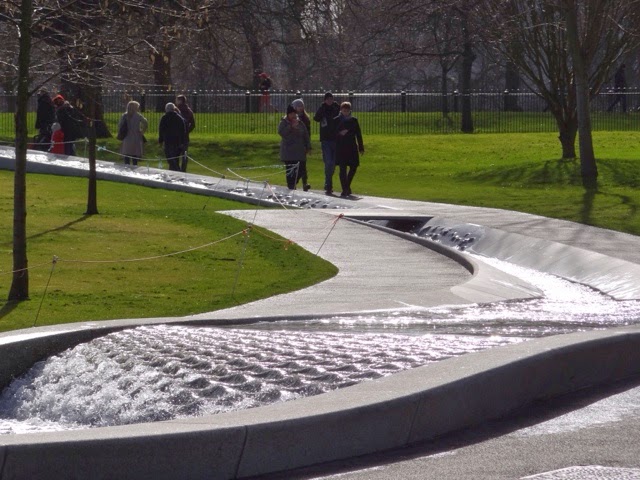 Before leaving Hyde Park we saw a few swans and ducks that of course had to be photographed. 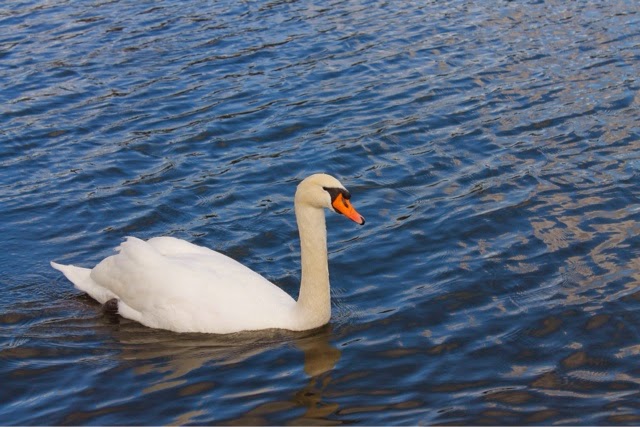 After the park we made our way to Camden market to enjoy the lively atmosphere there. Camden is very different from the areas of London we had visited the previous day so the contrast was quite flagrant, but not at all negative. 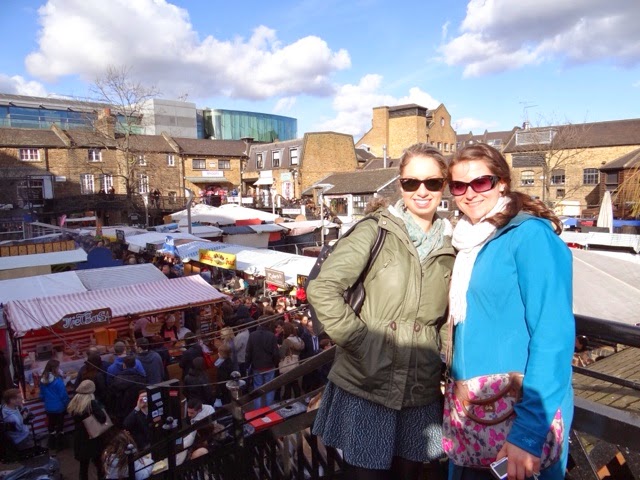 In the afternoon we walked around Piccadilly circus and into the giant M&Ms store.
One of the highlights of the weekend for me was having an authentic English Afternoon Tea.  It was so satisfying after a morning and afternoon of walking around. Yum! There were tiny crustless sandwiches,  warm scones and sweet pastries. 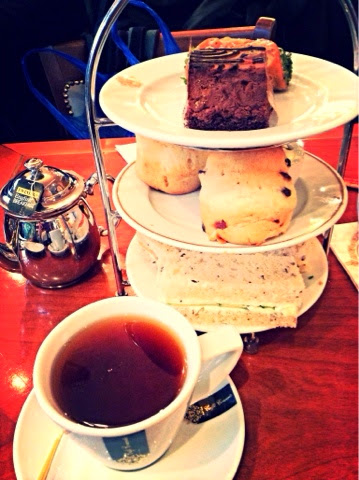 After the tea we did some shopping, some stores are just a must-see while in London such as Topshop, Primark, Selfridges, Spacenk.
Day 3: Canadian Gold medal final, Trafalgar Square, Tower Bridge, fish'n chips
Being there during the Olympics made it essential for us to be able to watch the game.  Although I must admit I am not the biggest NHL fan, Olympic hockey is an a whole different level and therefore very enjoyable to watch. My Canadian friend and I set out of Sunday morning in the hopes of finding a seat in a bar/pub that was open and would air the game. Our mission was successful and we sat down to witness yet another victorious gold medal game.
After that we had to keep visiting the city, we walked quickly through Trafalgar square, snapped a few pics and headed to the nearest tube station en route to Tower bridge. 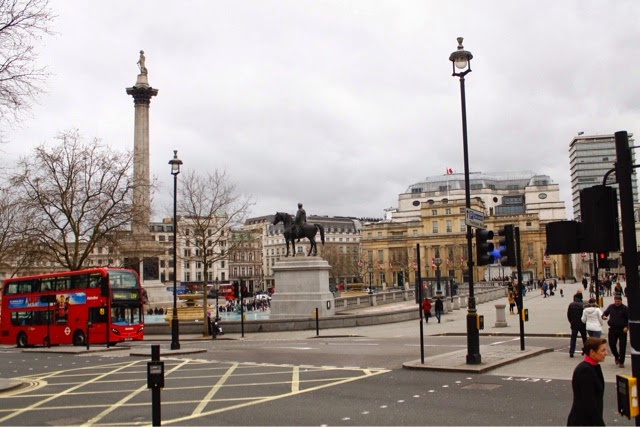 (Note the Canadian embassy on the far right:) )
That day wasn't quite as nice as the previous two, but it wasn't raining, so no one was complaining. 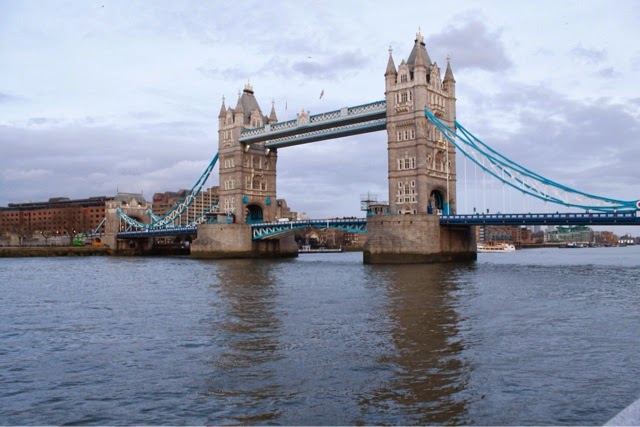 Walking across such a mighty bridge, we were famished and needed sustenance stat! So we stopped at a nearby pub and I was able to sample some delicious English fish n chips! 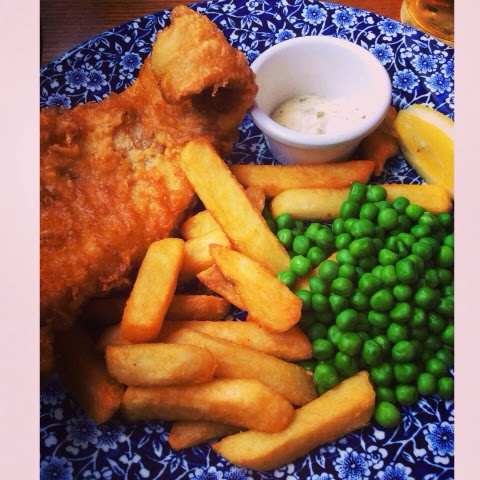 We then checked the time and realized we hadn't visited the famous Harrods and there was merely one hour left before it closed, so we hurried to the tube and made it to Harrods in the nick of time. We were able to take the Egyptian escalators to the top and back down before exiting the enormous shop and snapping some nighttime pics of the iconic building. 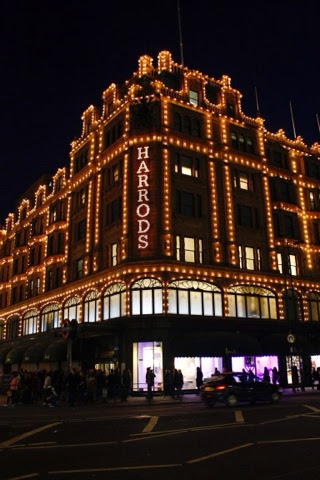 That evening we said bye to my friend and headed straight to bed, because our flight was at 7 the following morning and we needed to catch the 4 o'clock bus to the airport.
Overall our trip was fantastic! I don't think I could've asked for a better weekend in the English capital. There are still many things I haven't done and definitely want to go back again and again! Maybe next time I'll get to see the Queen ;)
Posted by Unknown at 7:20 AM