Last week I was able to take a few days off and travel to Las Vegas, America's playground. It was a lot of fun, and even though it was short, I enjoyed myself fully.

We took a flight that arrived in Vegas at 11pm, which started our trip late, but Vegas is the city that never sleeps, so we walked around a bit between 11:30pm and 1am to see what was out there. 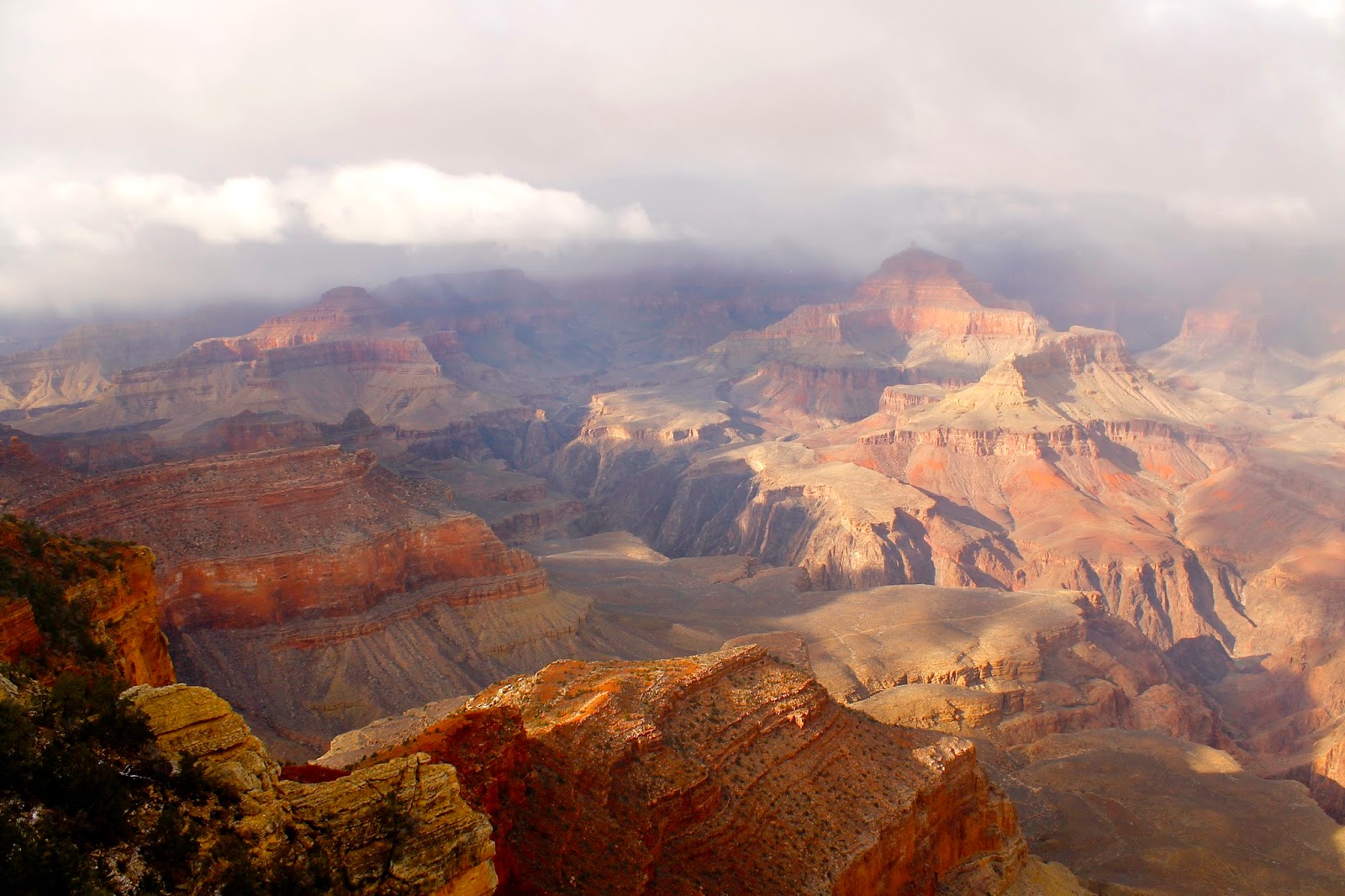 Here are some highlights from my trip :)

Day 1: Walking Around, Lots of Food and Roller Coasters 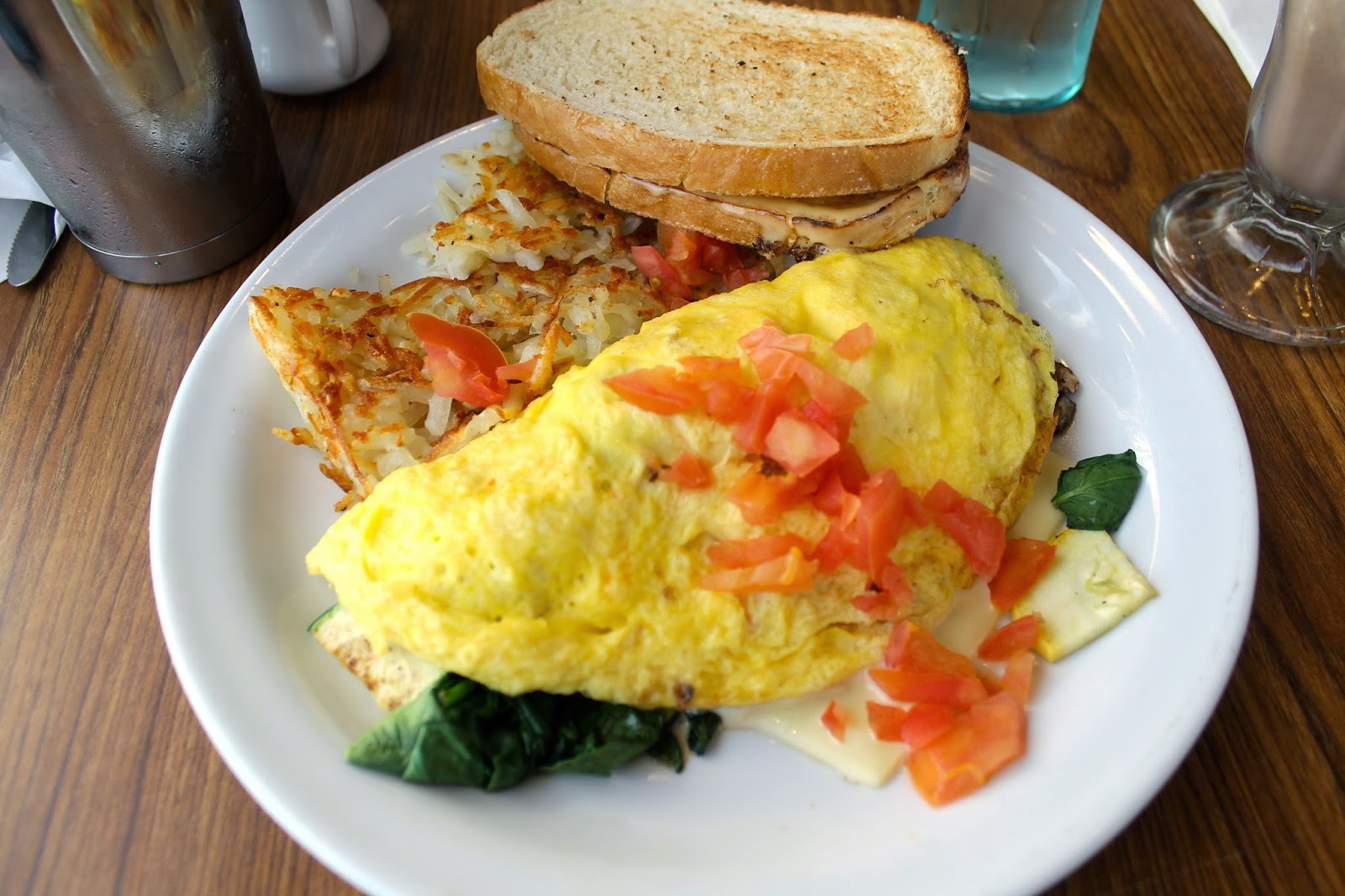 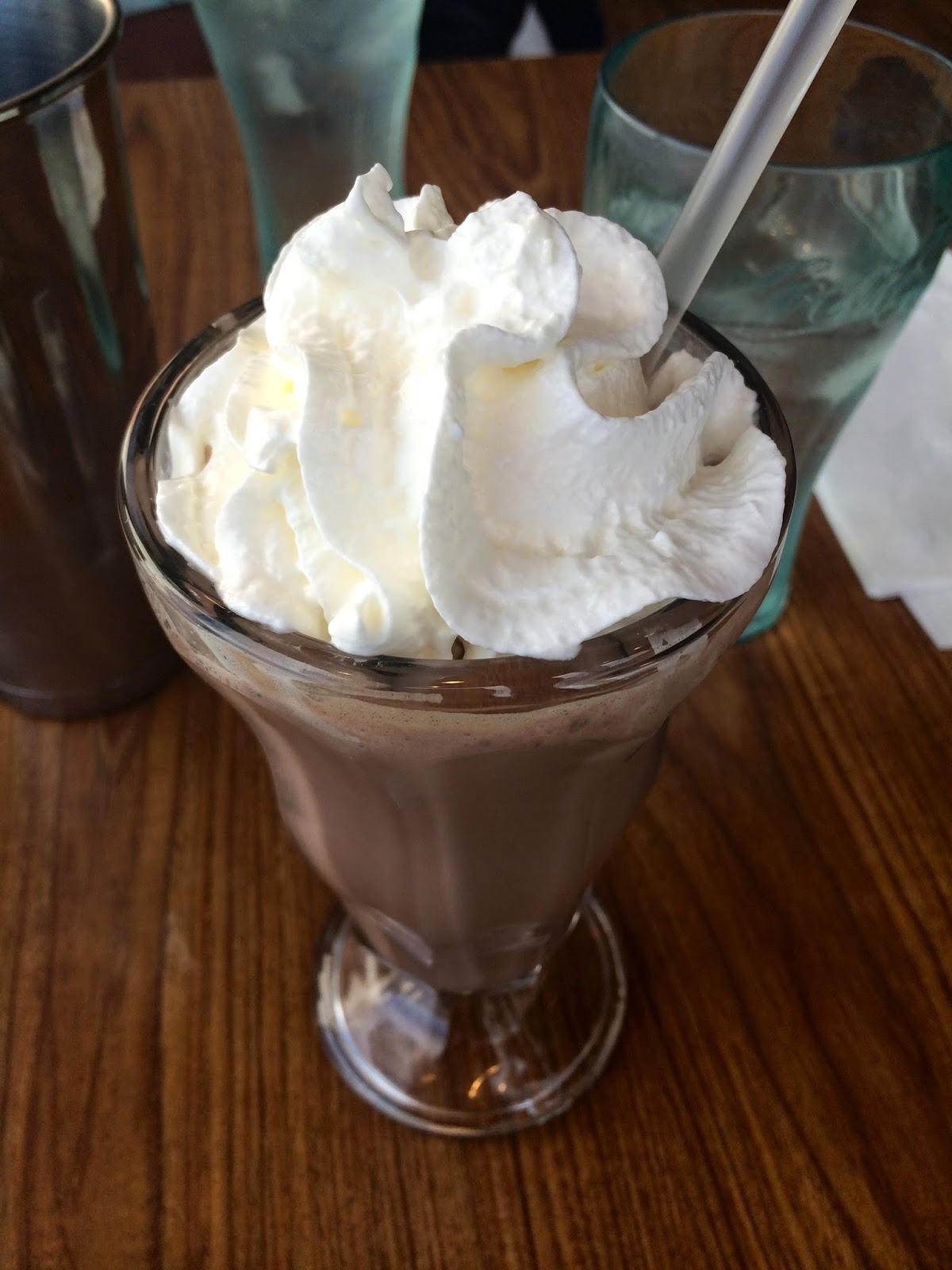 Our first meal in Vegas was at Denny's, a typical American diner type of restaurant that doesn't disappoint when it comes to portion sizes. This was my plate of food.  Hard to believe this was the healthy option on the menu.  I decided to accompany my meal with a chocolate peanut butter milkshake which was absolutely delicious. 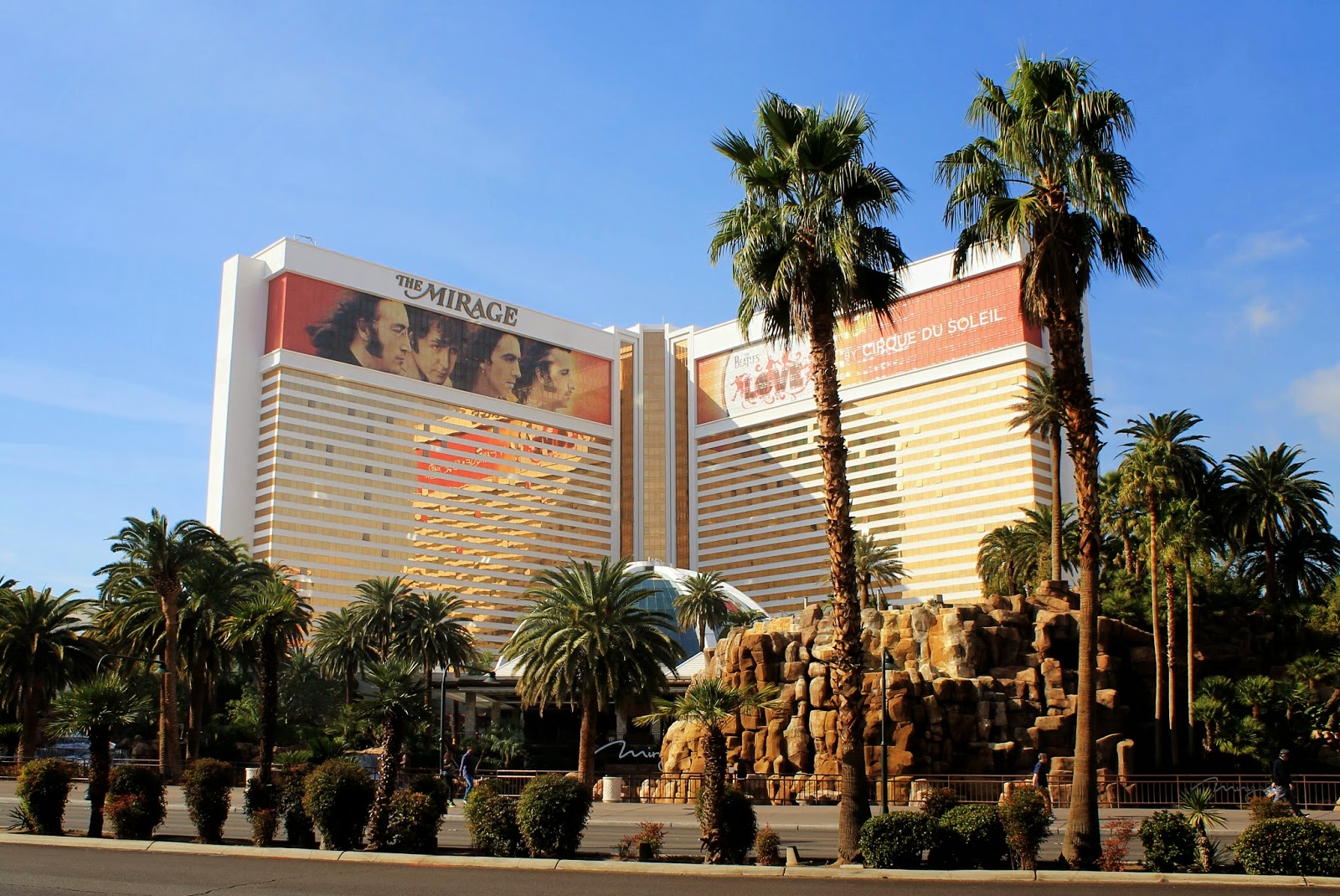 After a very large breakfast, we were in dire need of some walking around, and that is exactly what we did! We went up and down the strip, taking pictures of the hotels from the outside and the inside. We had walked inside the Mirage quickly the night before. 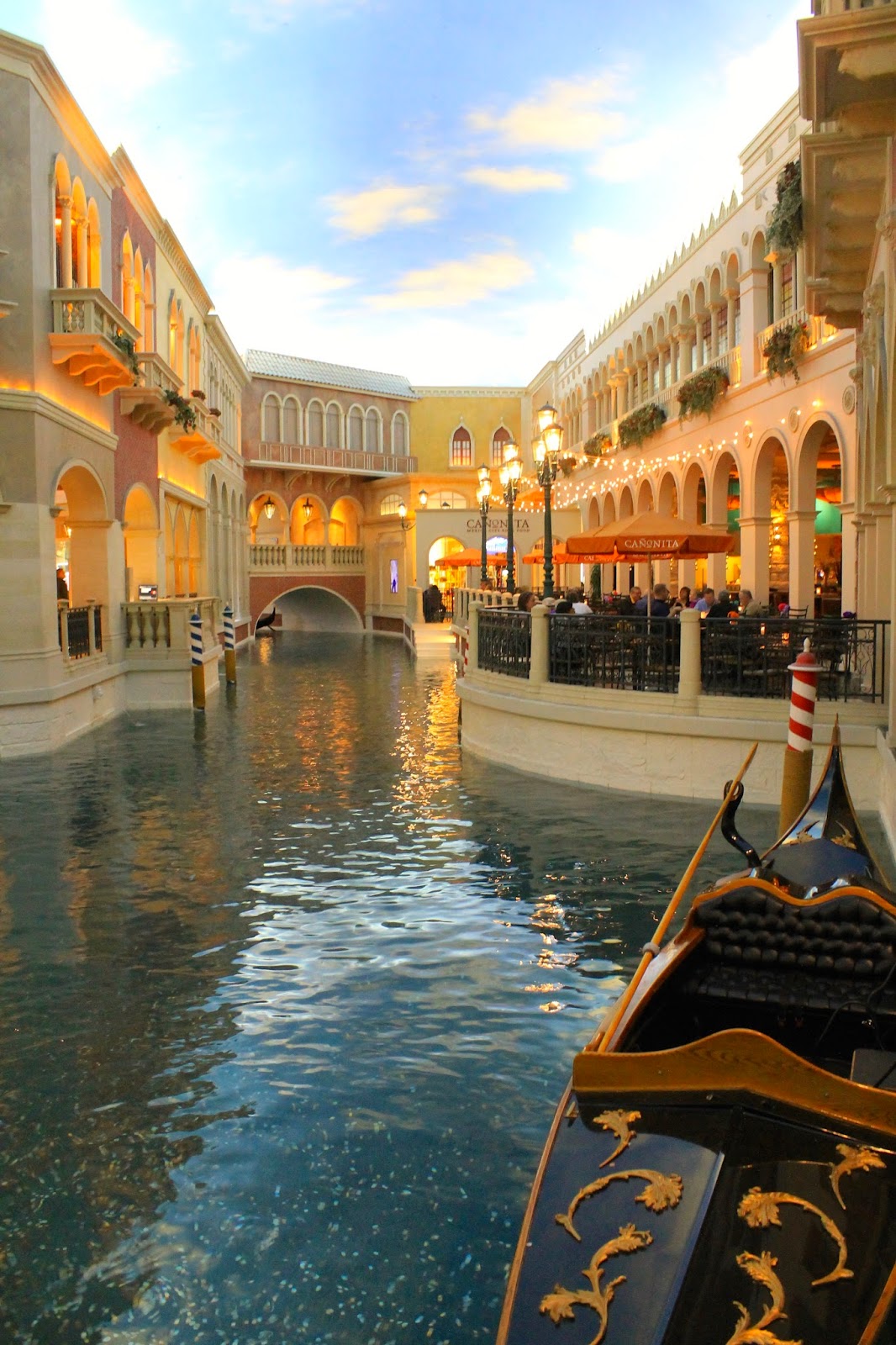 The Venetian is probably one of the most famous Las Vegas hotels as it mimics very well the feel of the canals in Venice, Italy.  People can actually take gondola rides through these canals while being serenaded by singing men or women. 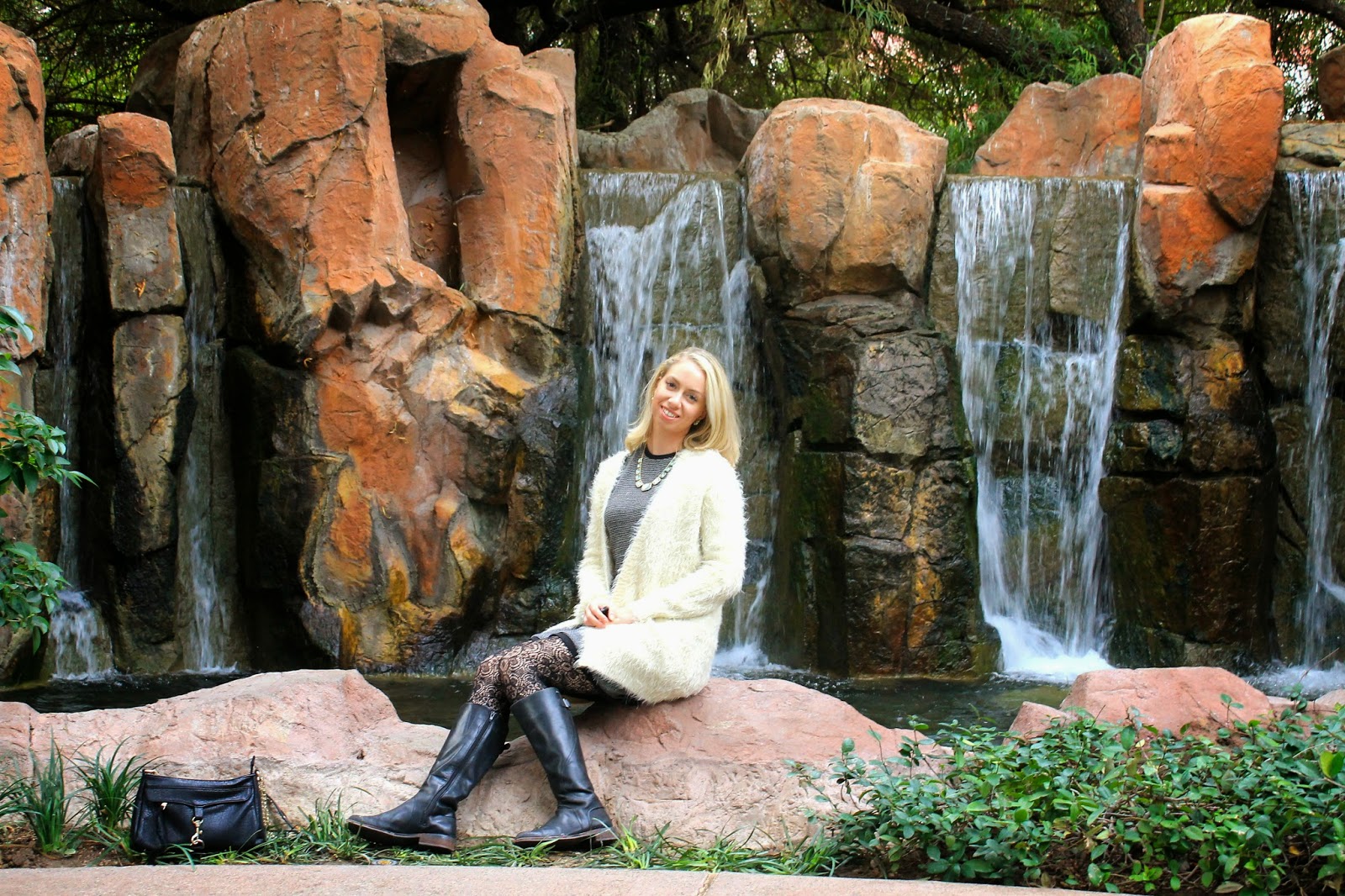 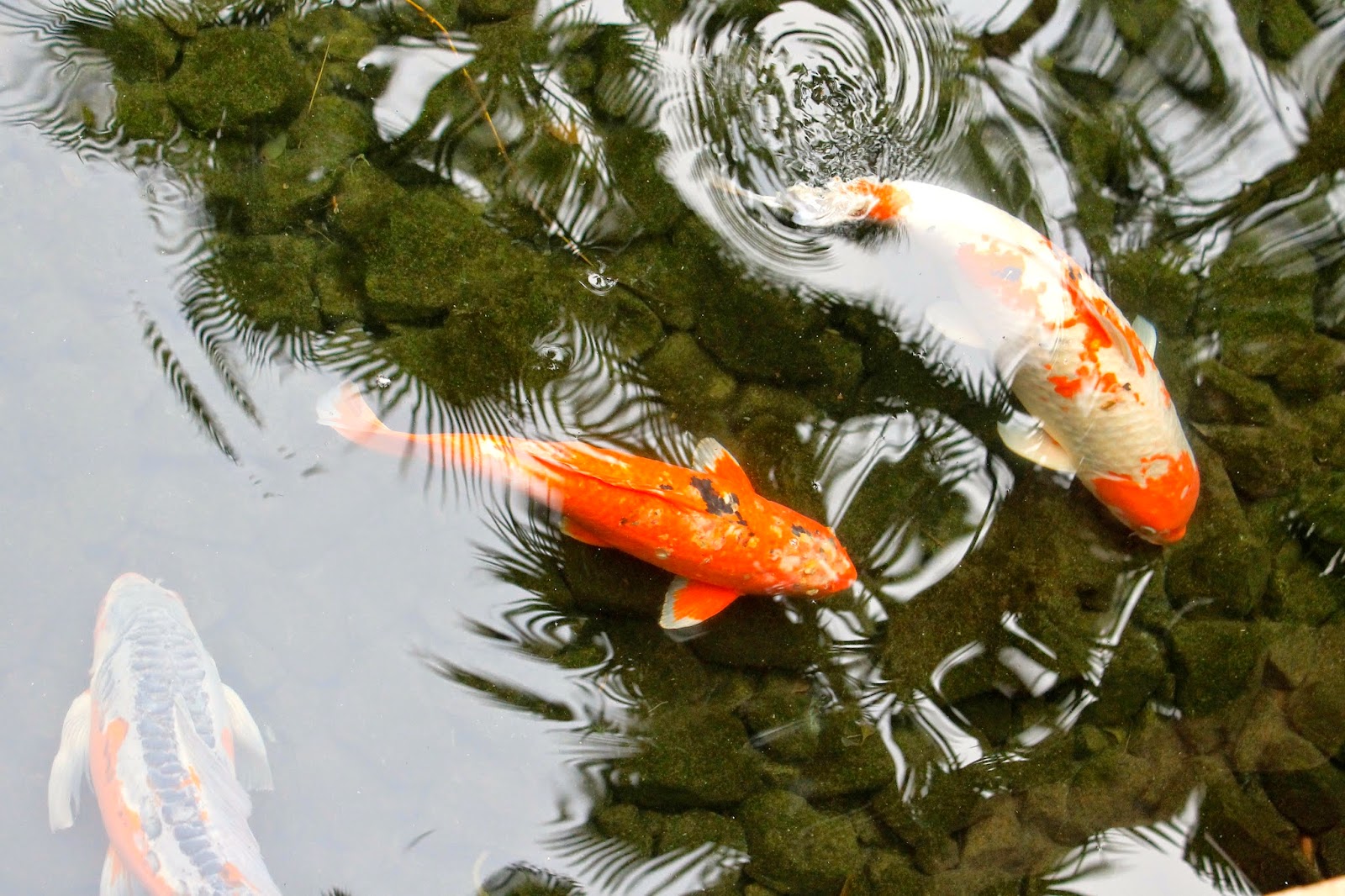 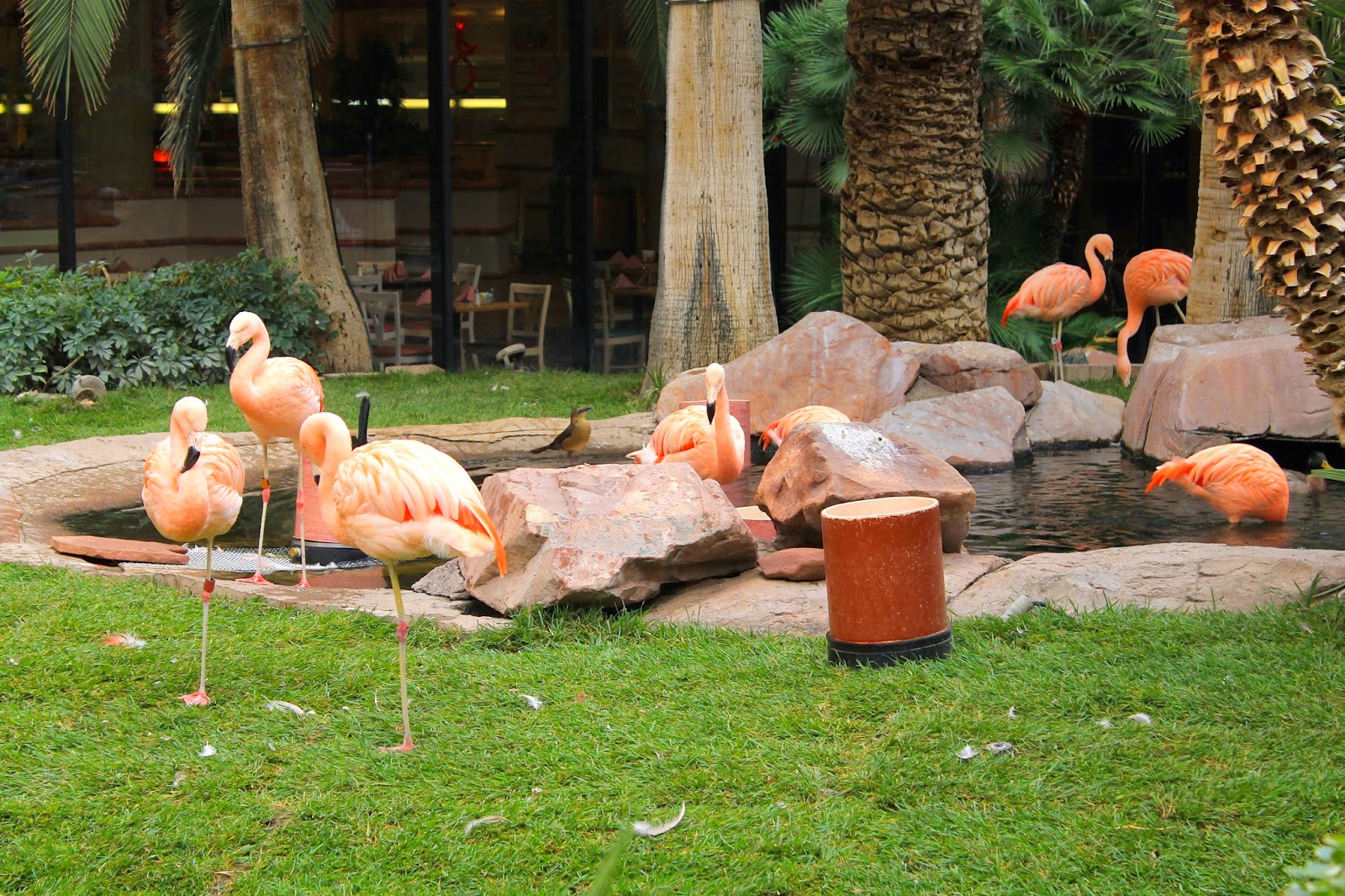 We stayed at the Flamingo, which is a very ideally situated hotel on the strip, right in the middle of it all. The price we paid per night was also amazingly low.  The hotel is quite kitschy, but it's Vegas and that's what you expect. Lots of lights and pink, which is very fun. There is also a garden in the back where there are many different animals, including pelicans, ducks, koi fish and, of course, flamingos! It's a nice place to walk around and take some pictures. 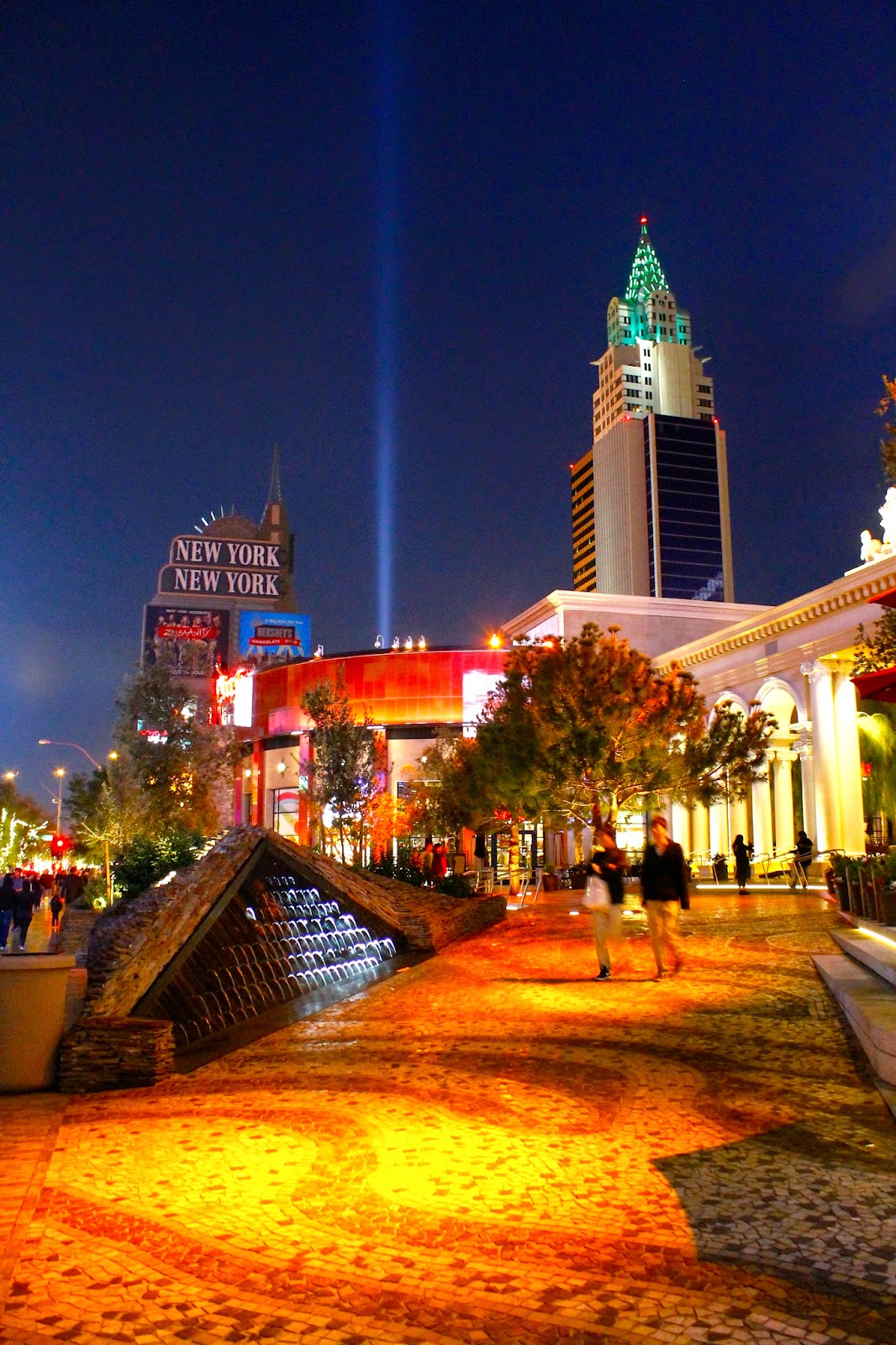 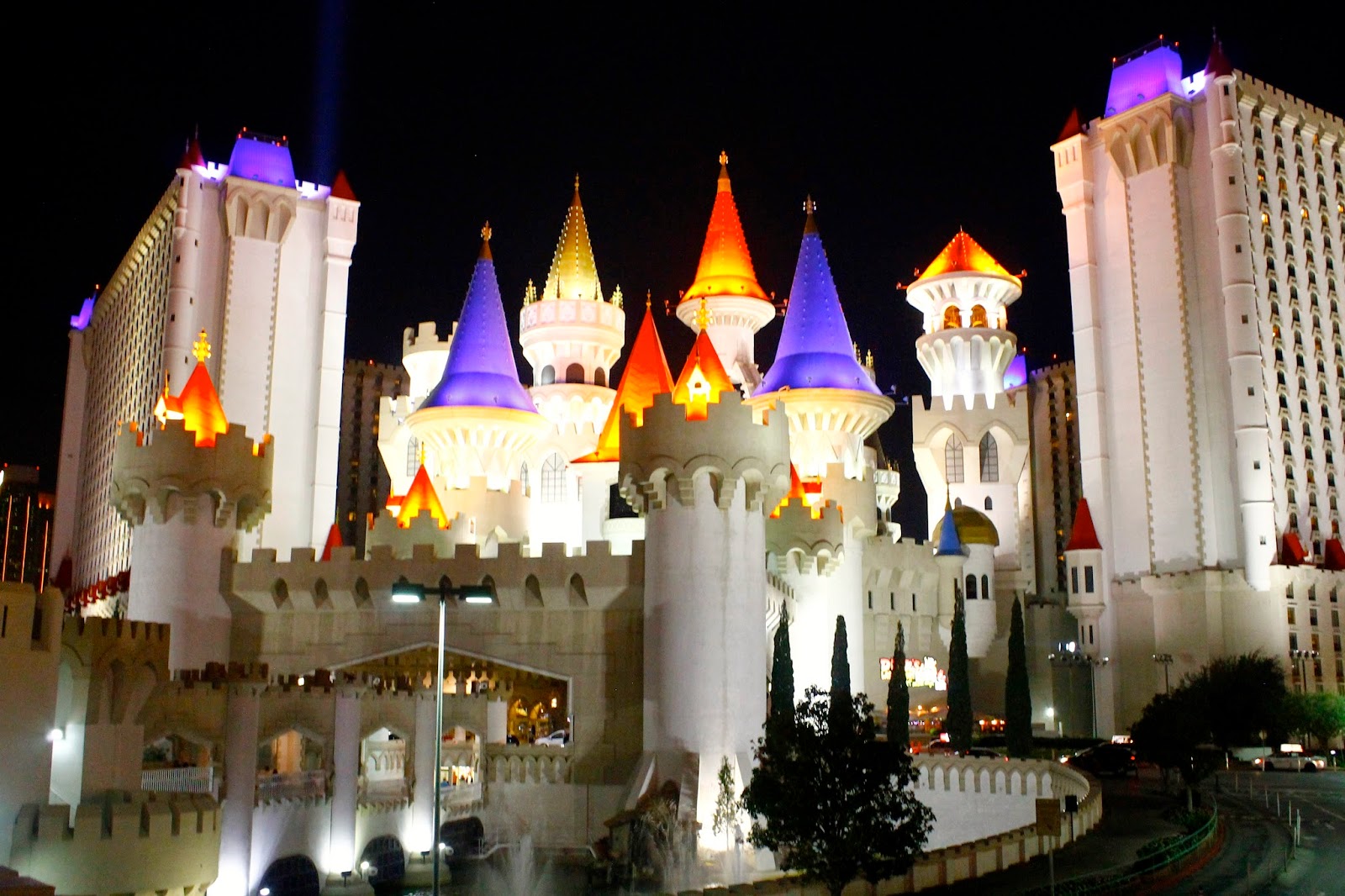 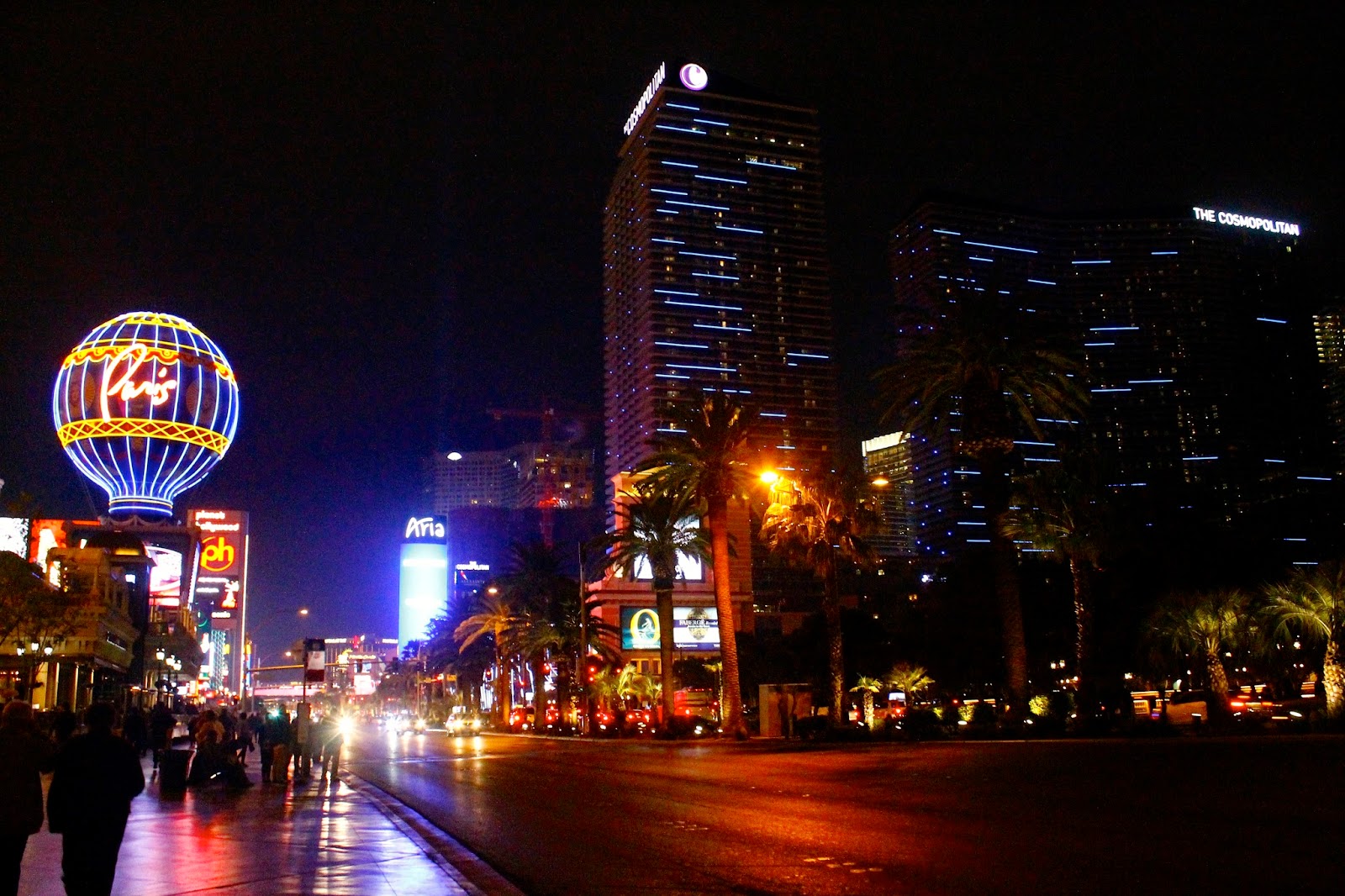 After walking around, and all the way to the Luxor, we rode the roller coaster at the New York New York hotel, which was a very good one for a single ride not part of a large theme park.

Later, we had a scrumptious dinner at the terrace restaurant at the Paris called Mon Ami Gabi. We sat outside and had a wonderful view of the fountains at the Bellagio.

Day 2: Snow and the Grand Canyon

The second day we woke up very early to catch our bus tour to the Grand Canyon. We visited the South Rim, which is further from Vegas than the West Rim. 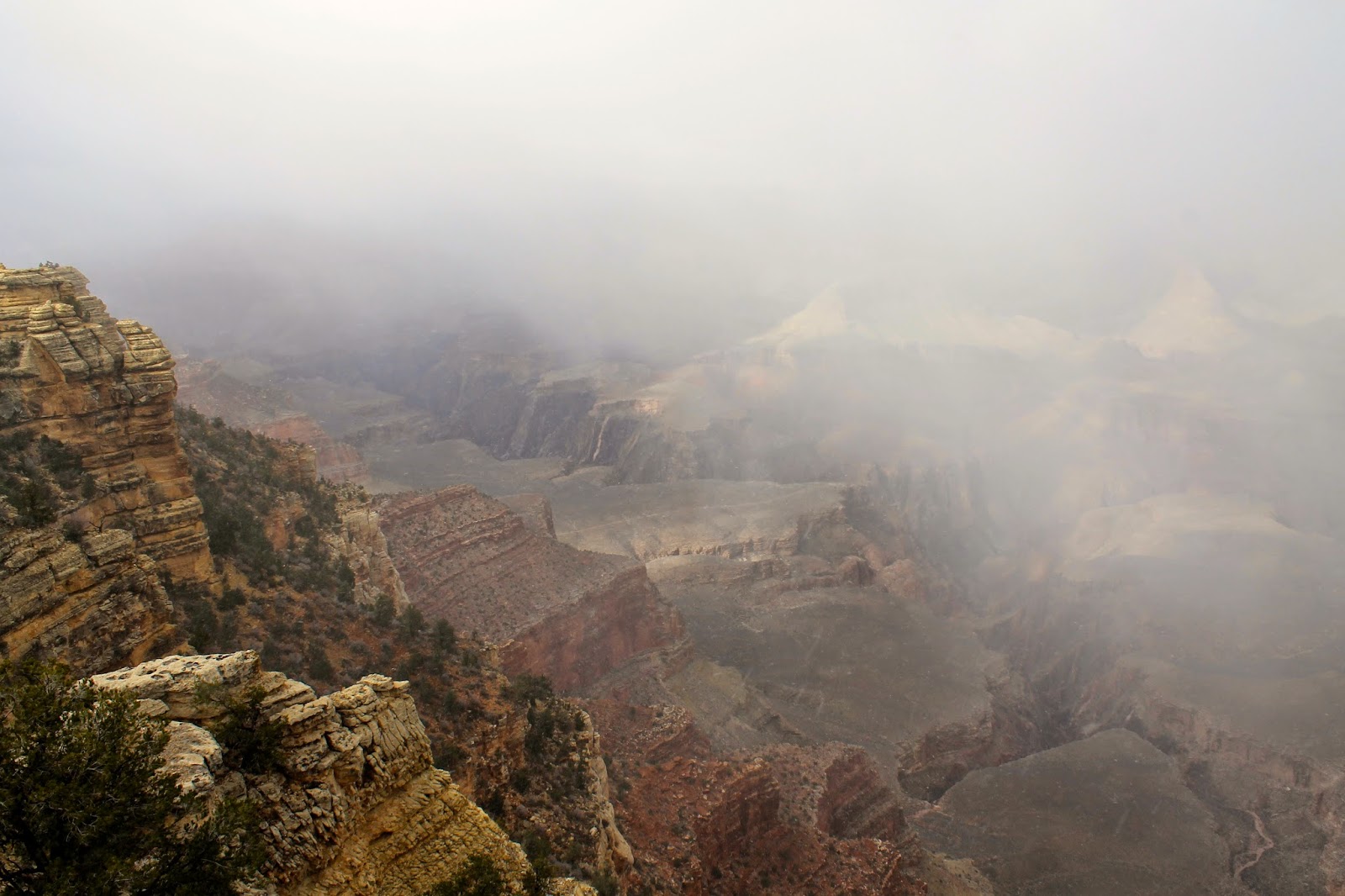 The bus ride there took several hours, including a couple pit stops for lunch and such. We stopped at two lookout points at the South Rim during our tour, which allowed us a total of two hours at the Grand Canyon admiring the gorgeous views. 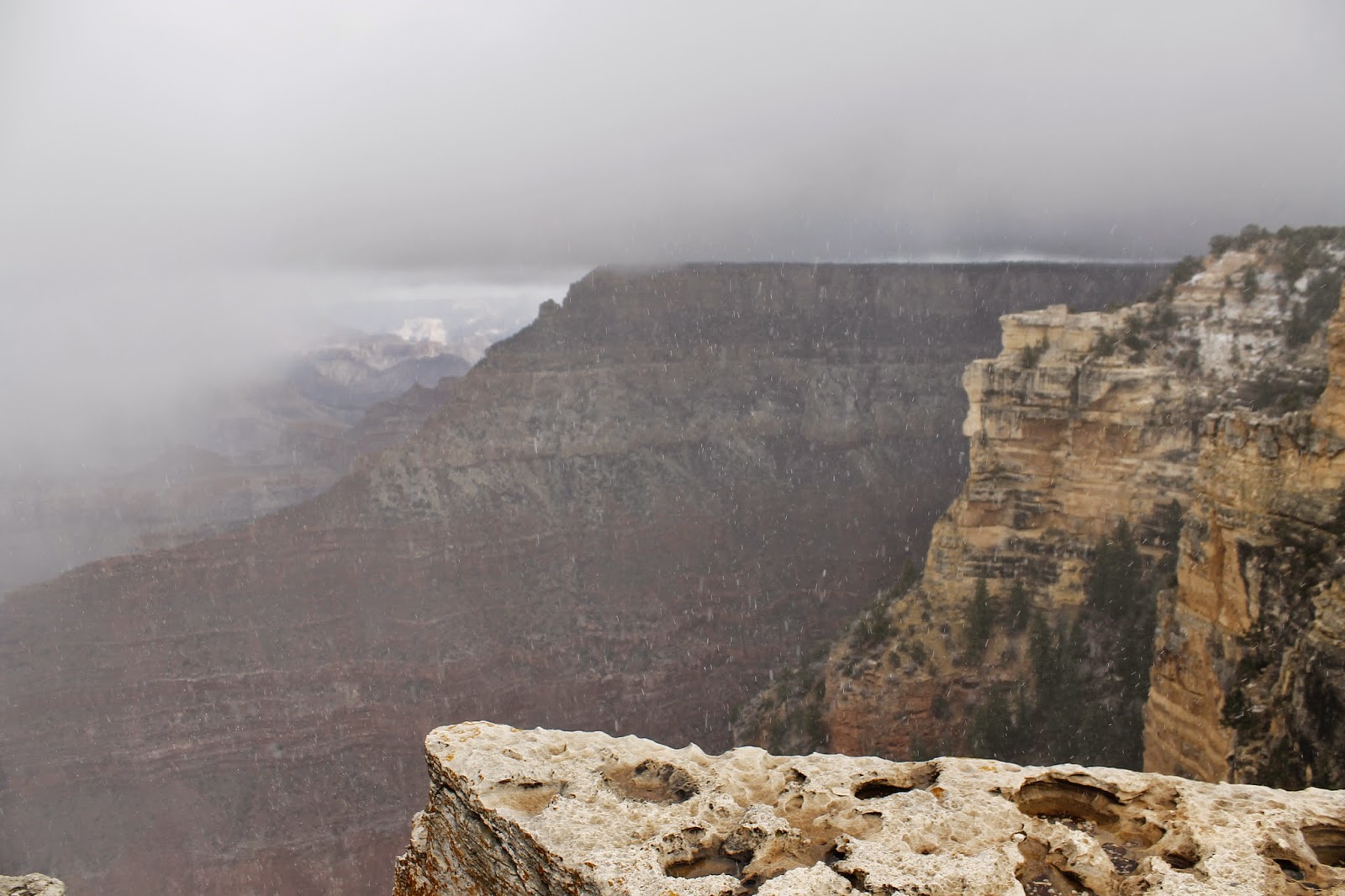 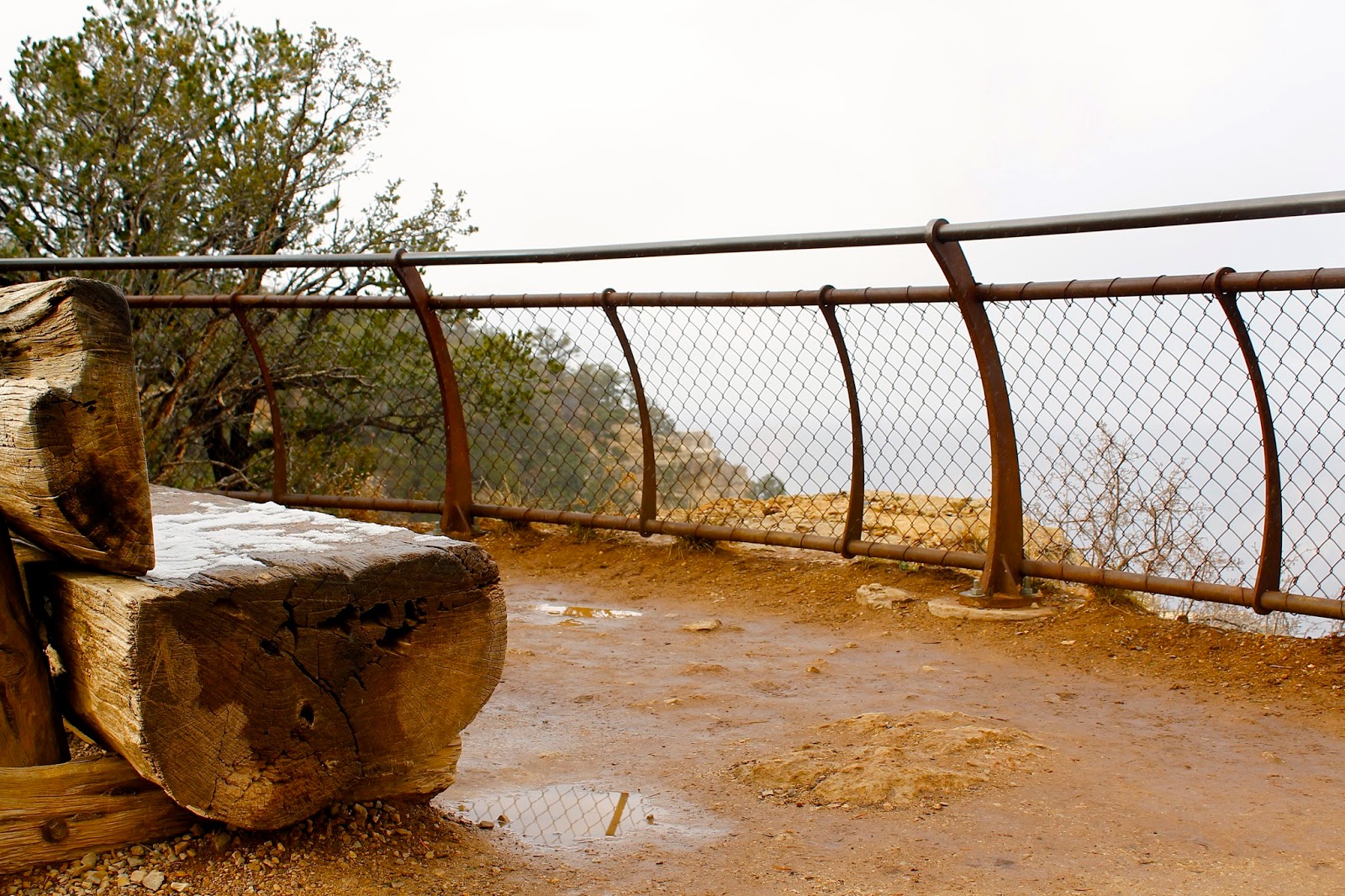 Being the month of January, the temperatures can be quite chilly. The day we visited the canyon, it actually snowed. As a Canadian, snow isn't new to me, but being in Arizona, it's not something you expect. Although, apparently, it is quite common for it to snow at this time of year there. 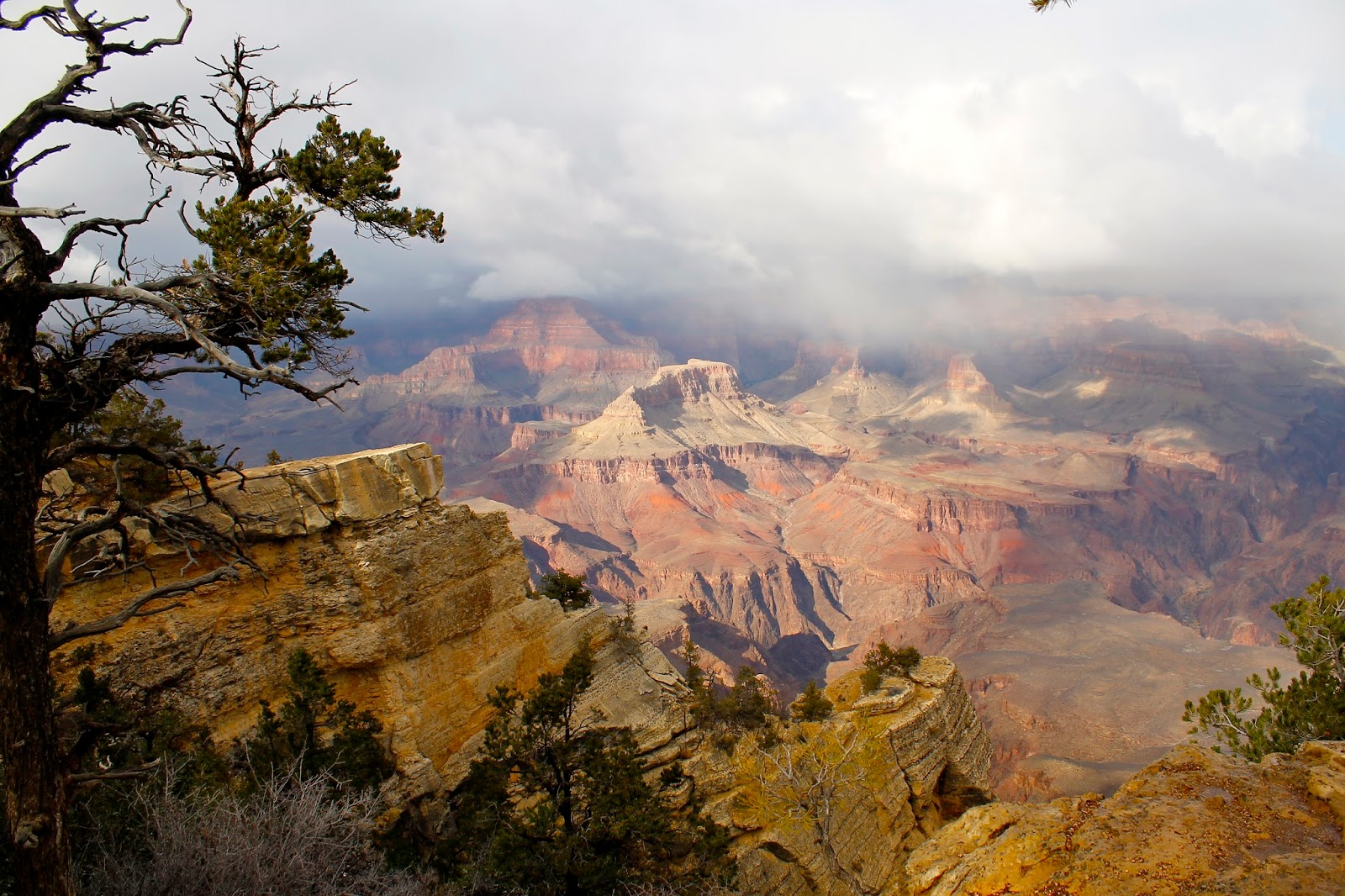 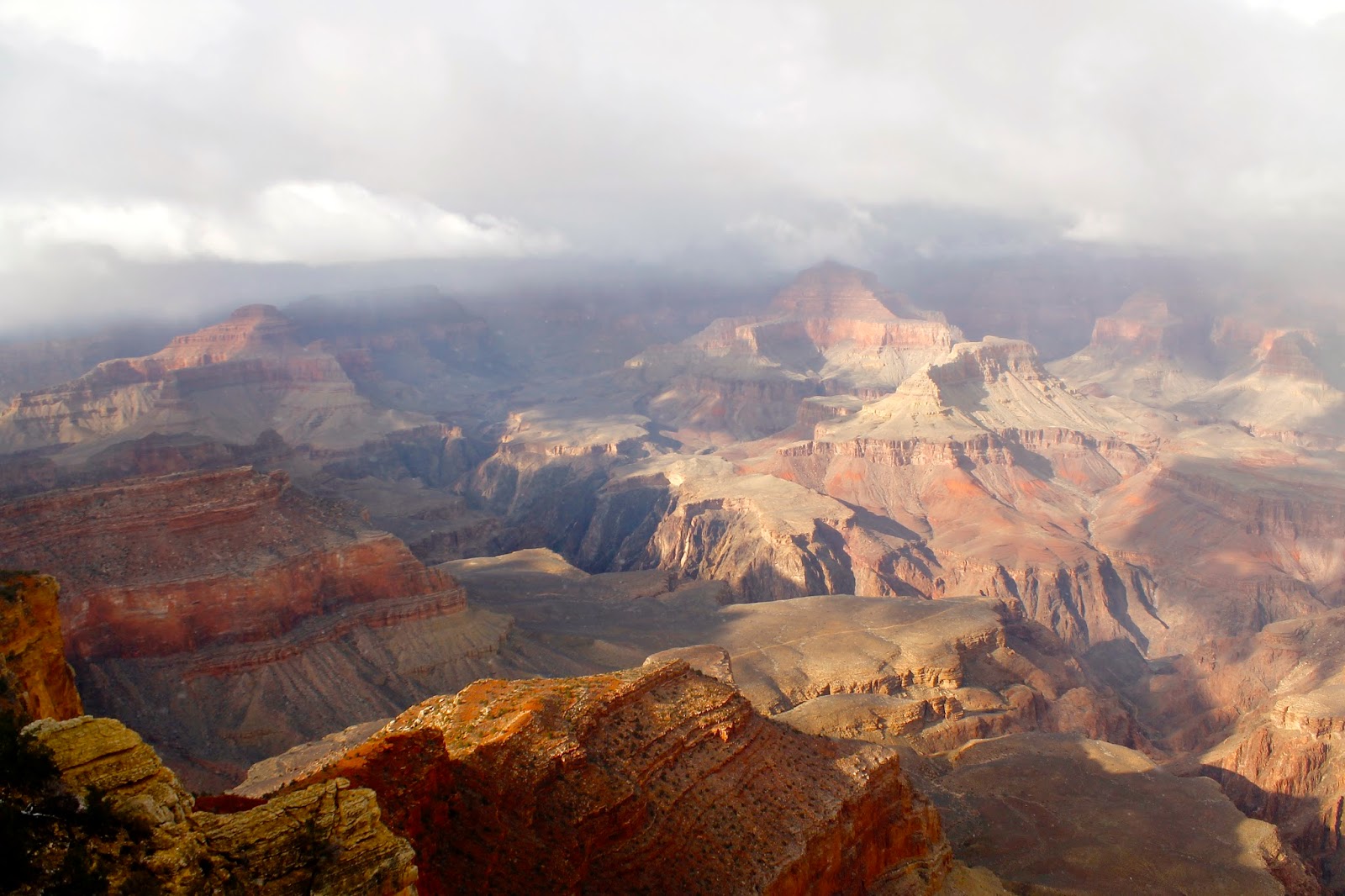 It did clear up a bit though, which I was very grateful for. Seeing the Grand Canyon appear amidst the  the snow and fog.

I want to go back there someday and do a long hike, boat tour, and/or helicopter tour. This is definitely a world wonder not to be missed.

After a long road trip the day before, we slept in and then did some shopping at the Fashion Show Mall, which is the best, and biggest, mall on the main part of the Las Vegas Strip.  The mall has all the stores you could possibly want and is located right after Treasure Island, which doesn't make it too far away from our humble Flamingo in the middle. 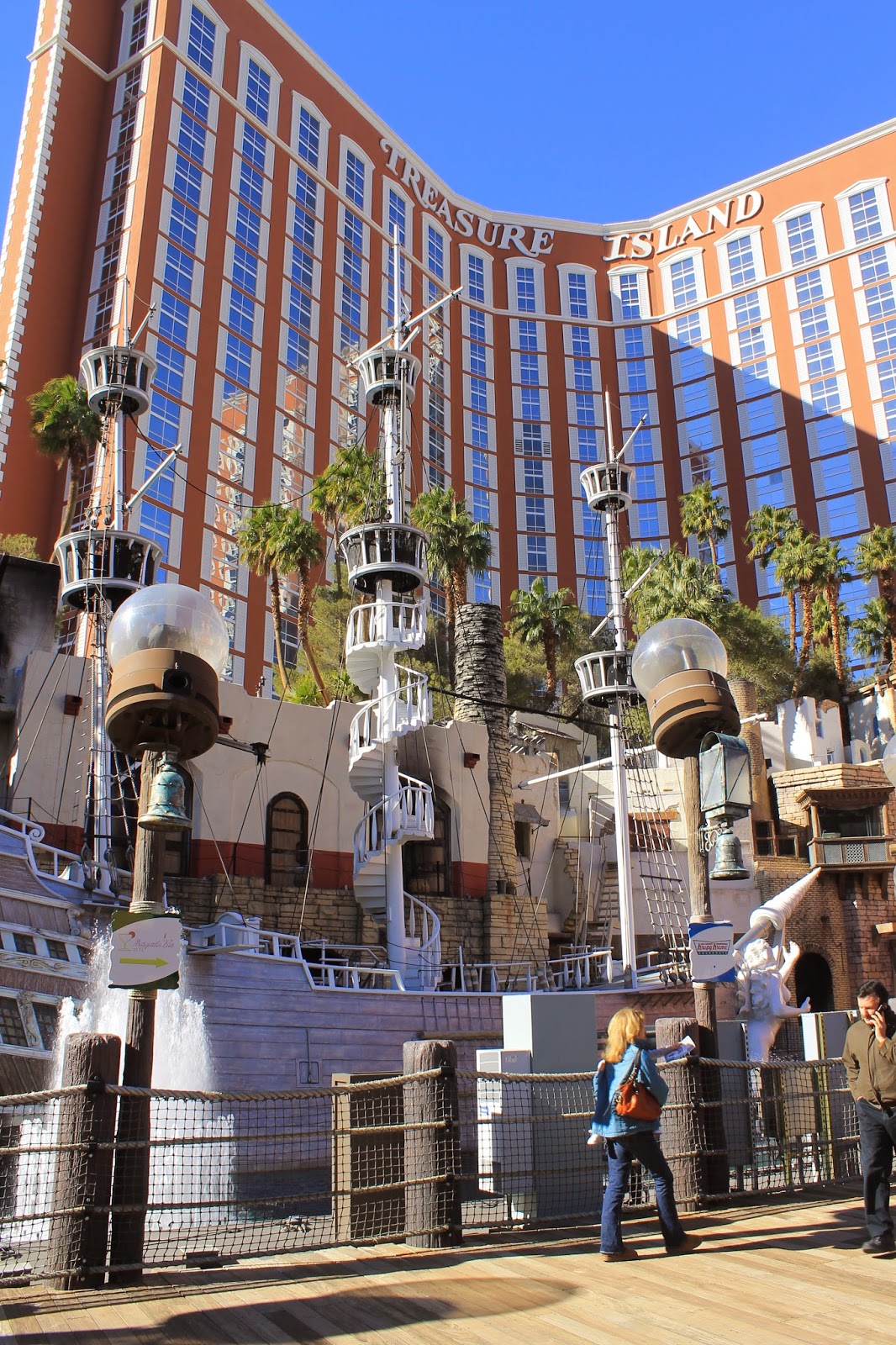 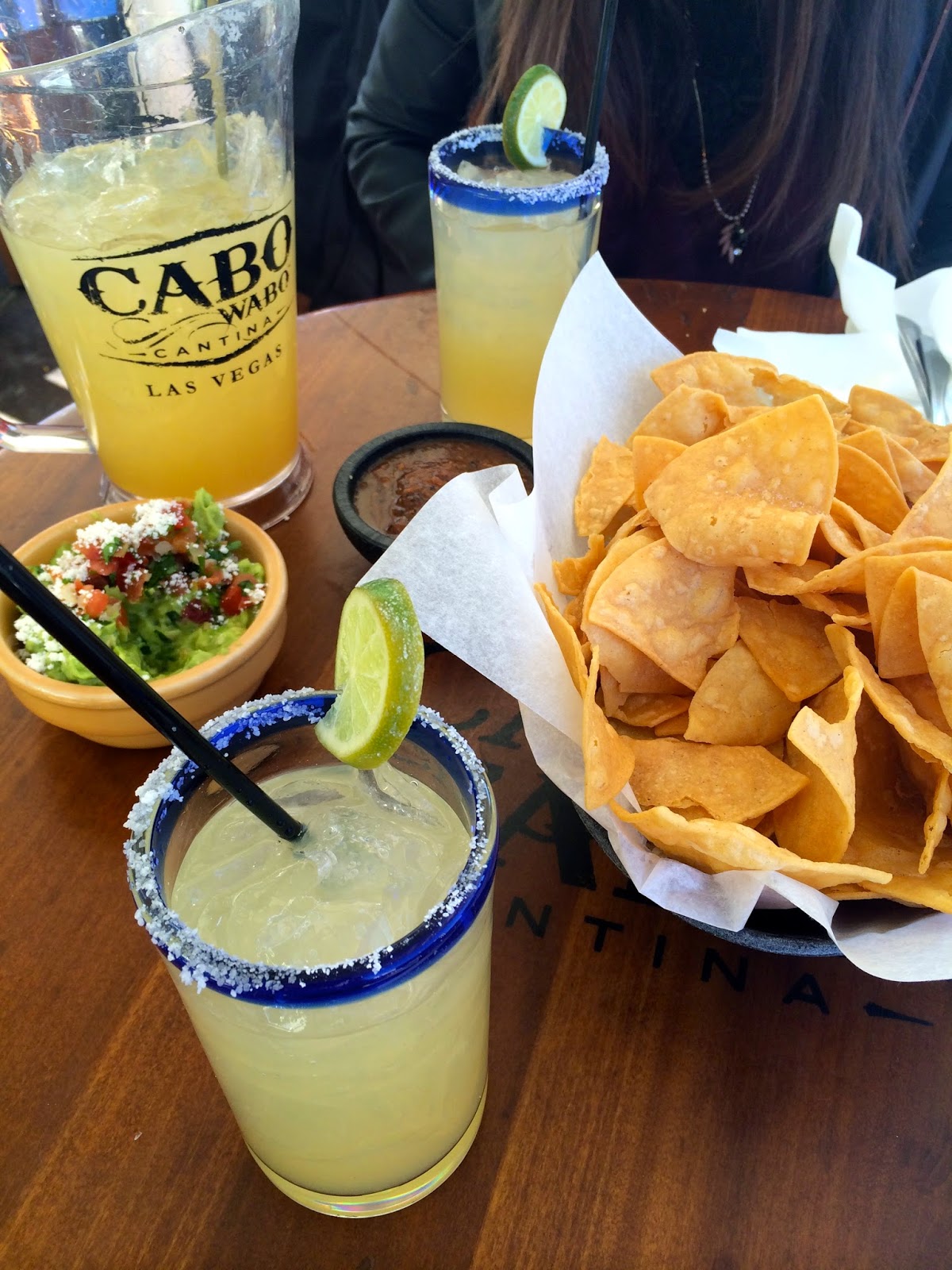 We took a break from shopping to eat lunch at the Cabo Wabo Cantina, a Mexican restaurant just passed the Paris hotel. We had a pitcher or margaritas and some fresh guacamole to share. Oh so delicious! 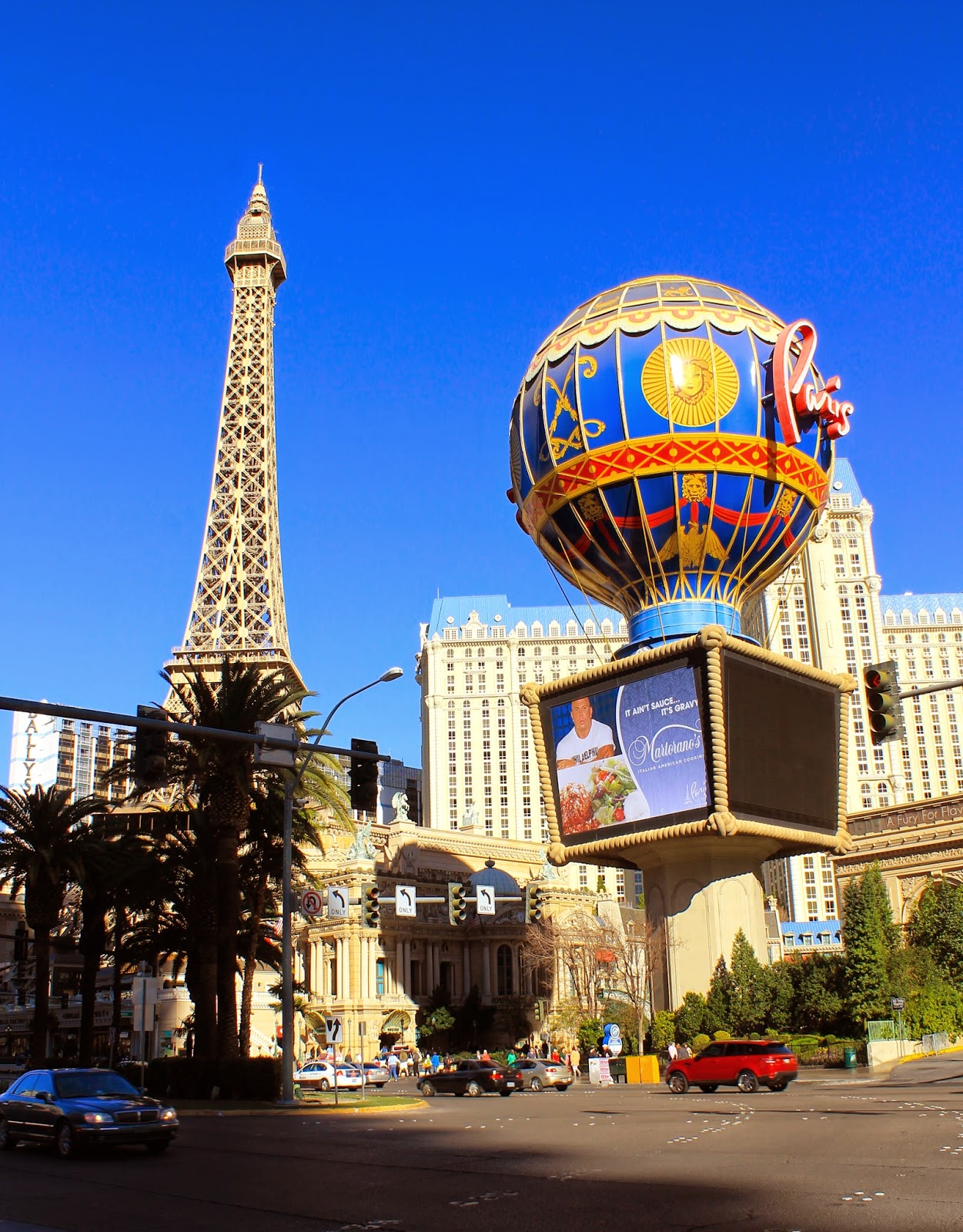 That night we went to see the Cirque du Soleil show Zarkana, which portrays the story of an abandoned theatre that comes back to life. We purchased tickets via tix4tonight which is a great way to find discounted shows and dining in Las Vegas. 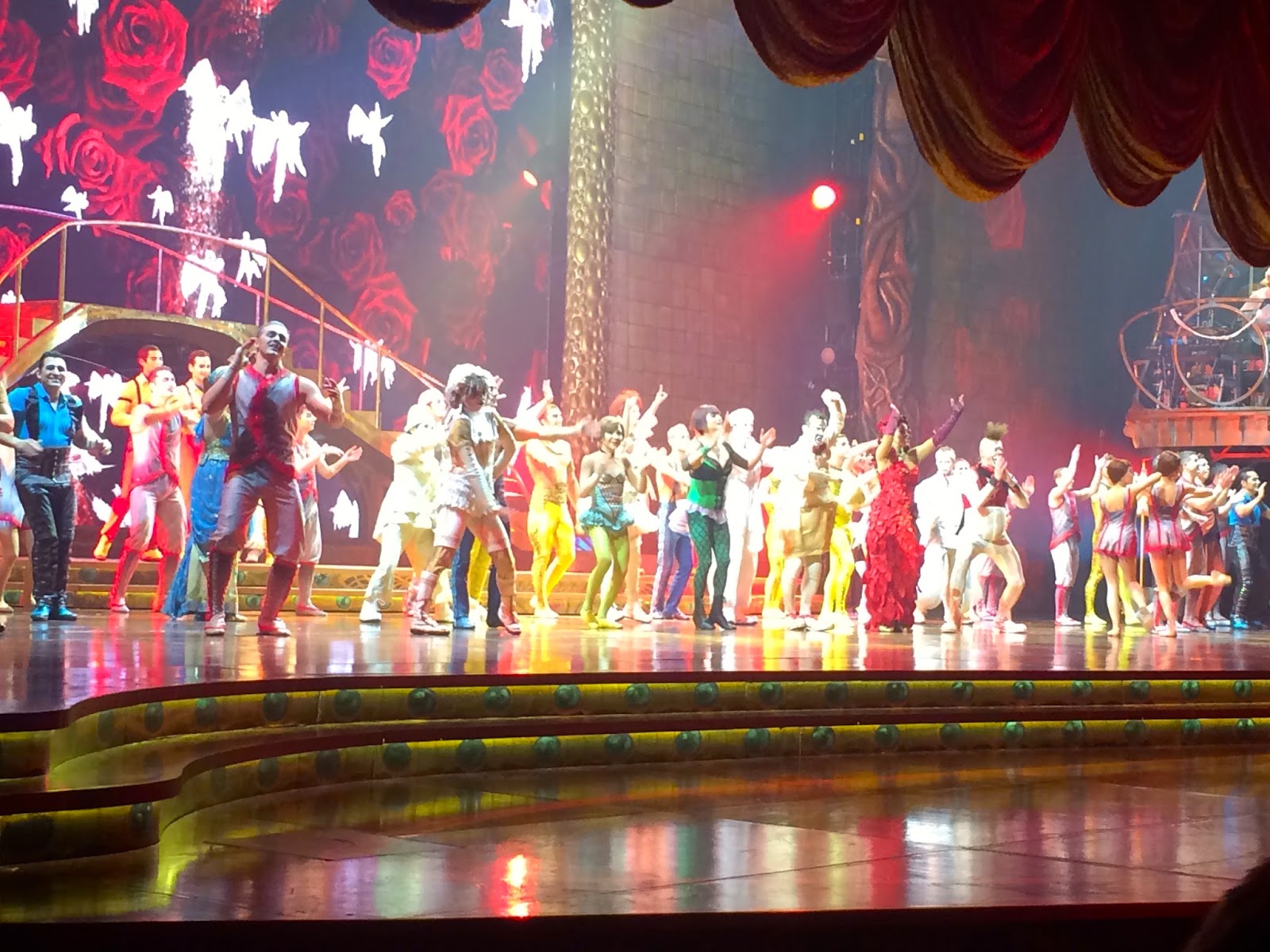 Before the show we ate at the Aria buffet, which is where Zarkana was playing. It was $35 plus an extra $13 for all you can drink.  The quality, as far a buffets go, was very good. There was everything from mediterranean cuisine to sushi to decadent desserts.

I loved every minute I spent in Vegas and I would definitely go again. There is so much to do and see there, three days is not enough.

Let me know if you have ever been to Vegas and which attractions were your favorites?